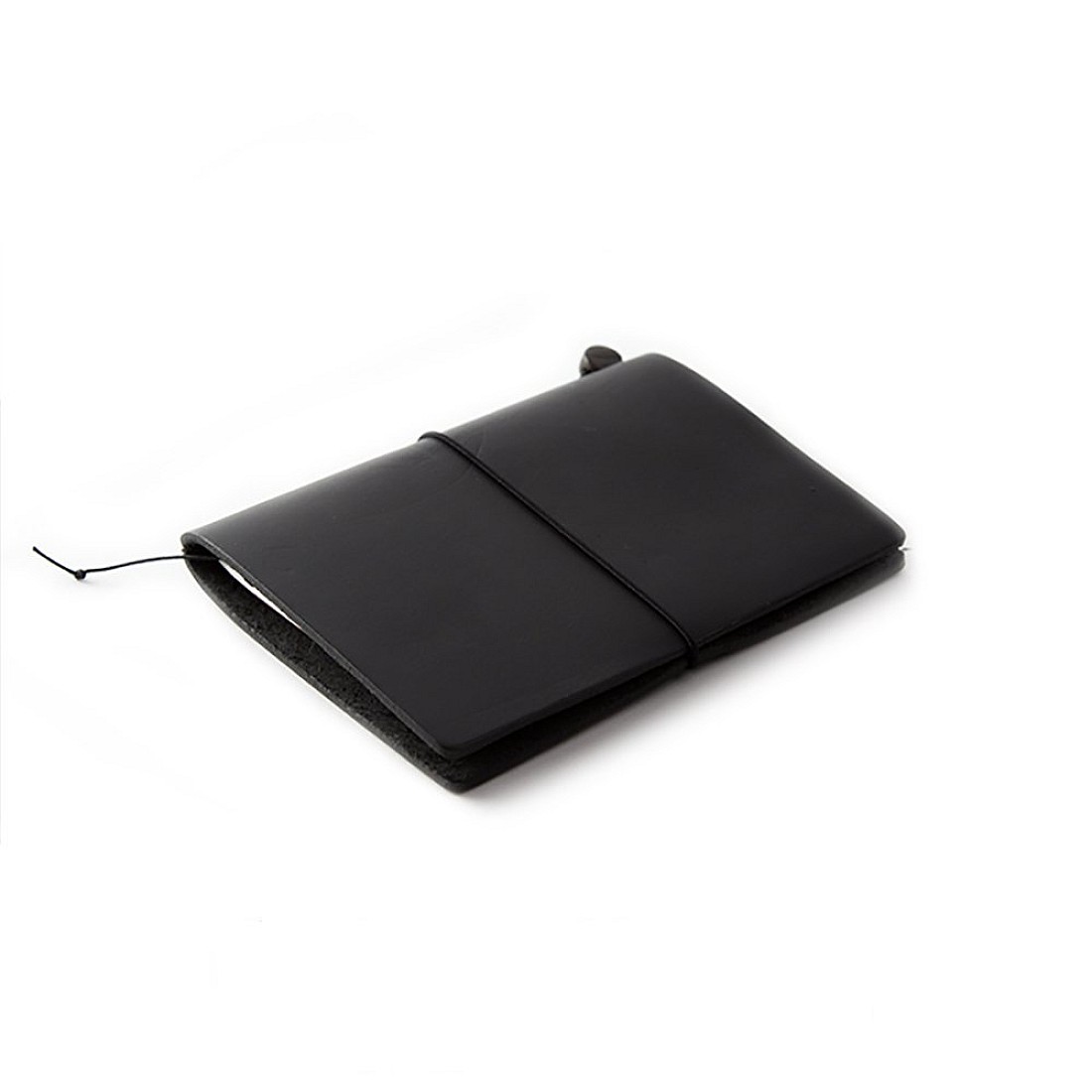 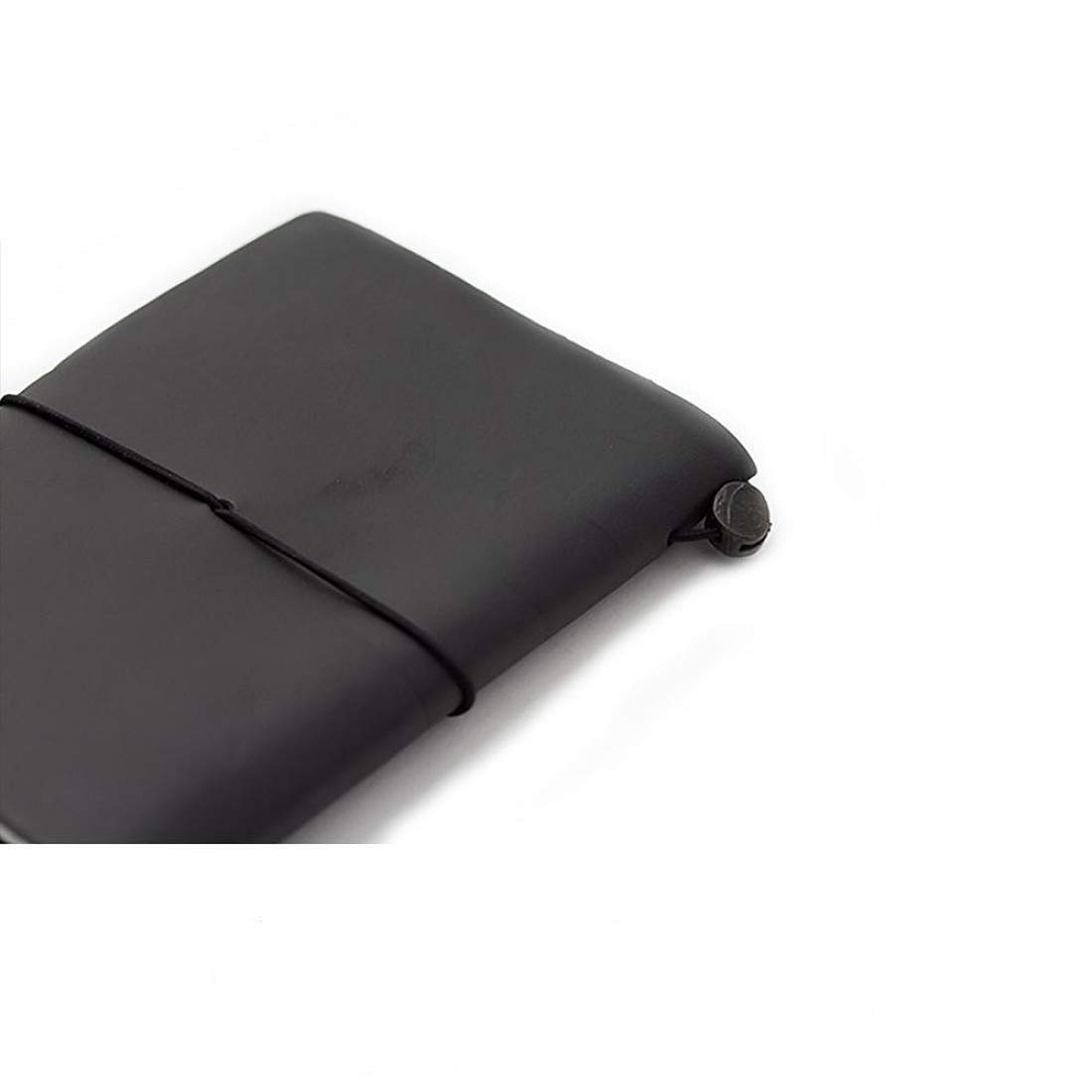 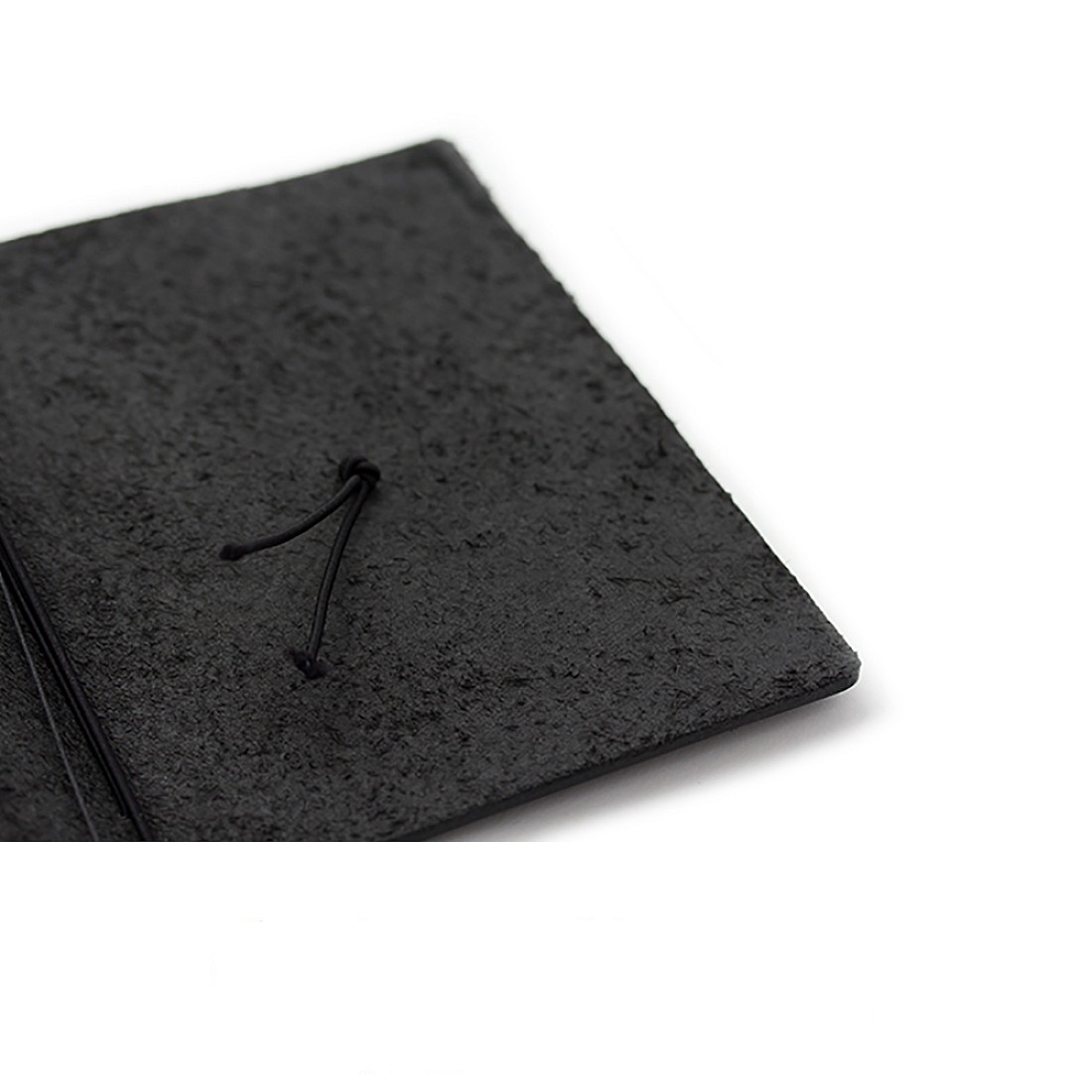 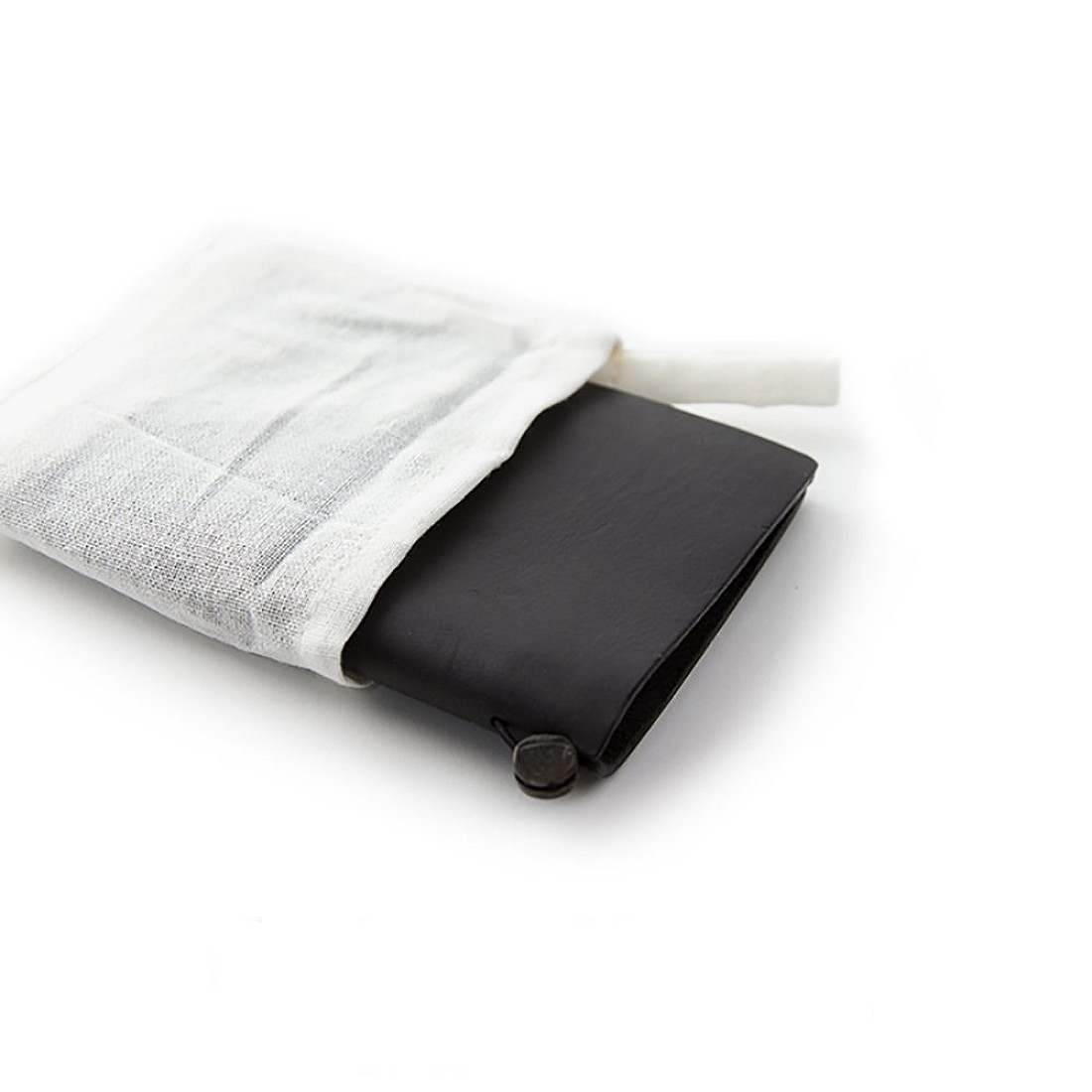 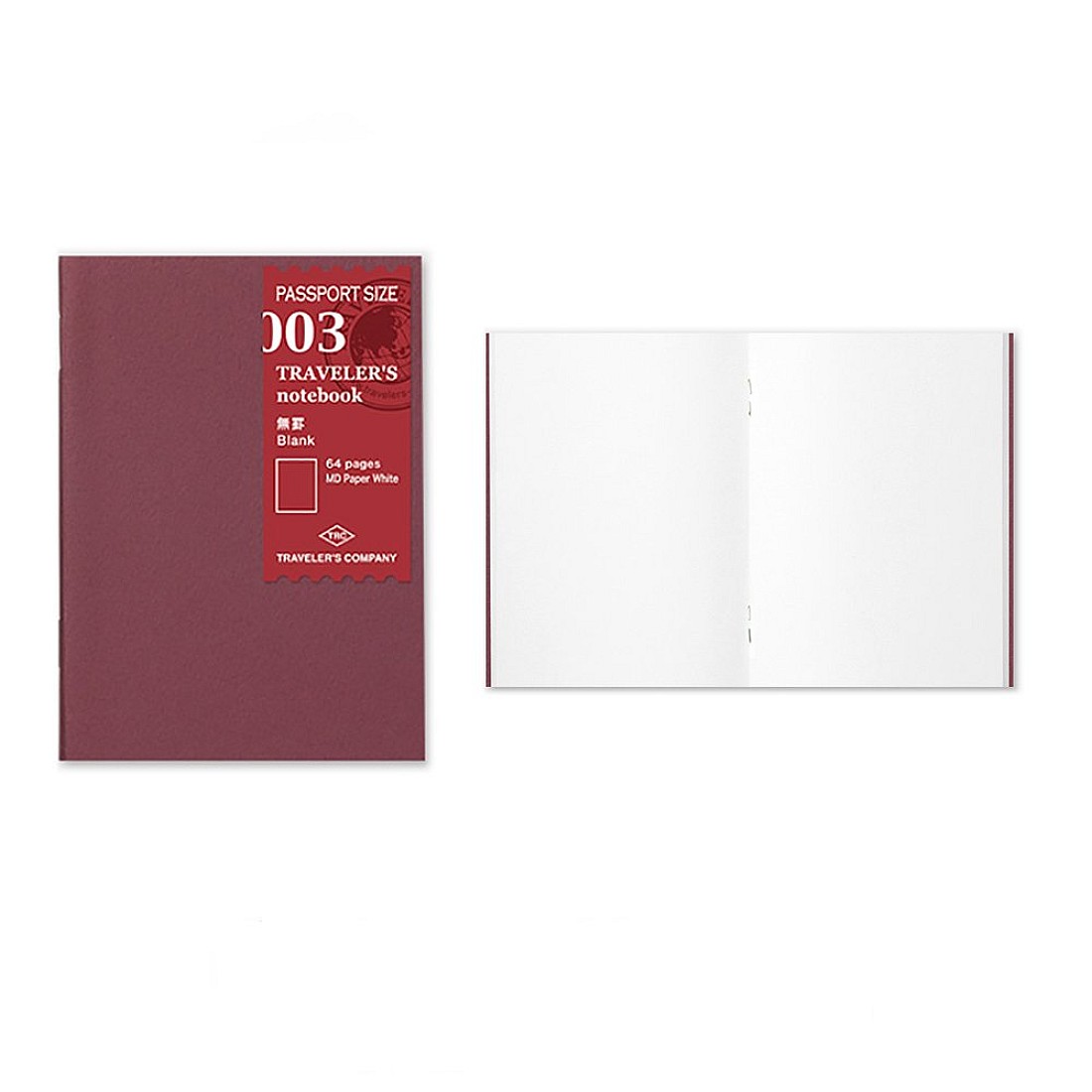 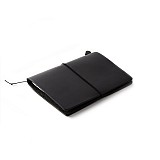 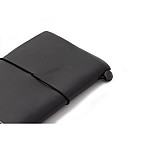 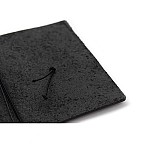 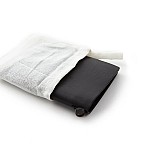 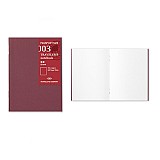 A leather notebook cover, which can be transformed into the notebook you need it to be. The Traveler's Company Black Notebook comes in a package which contains a cowhide cover, blank notebook, a cotton case, and a spare rubber band (of different color).

The Traveler's Notebook refills are made of Midori's original diary paper, developed especially for the best writing comfort possible. The paper is fountain pen friendly and carefully crafted in Japan. Because of the simple design of the leather Traveler's Notebook you can personalize it with different refills available for the Passport size. 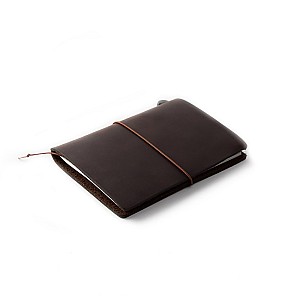 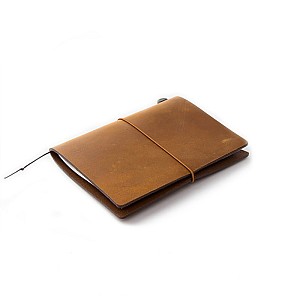 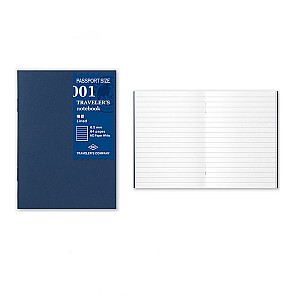 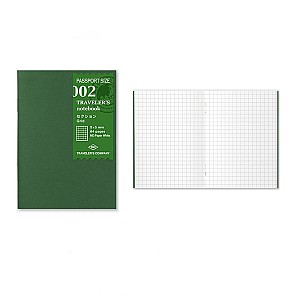 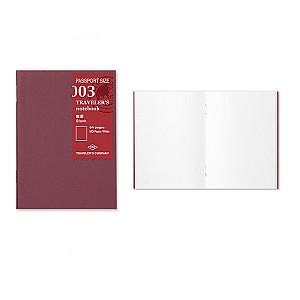 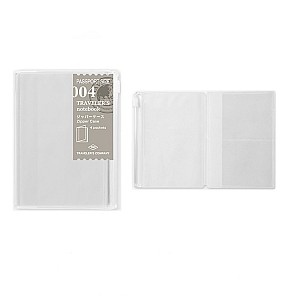 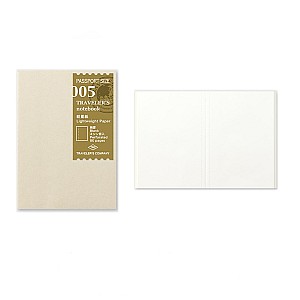 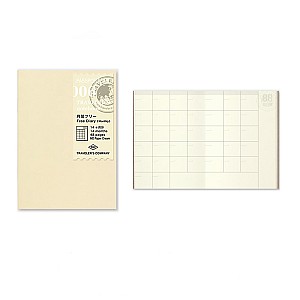 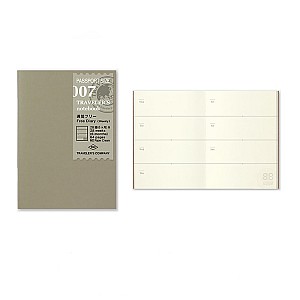