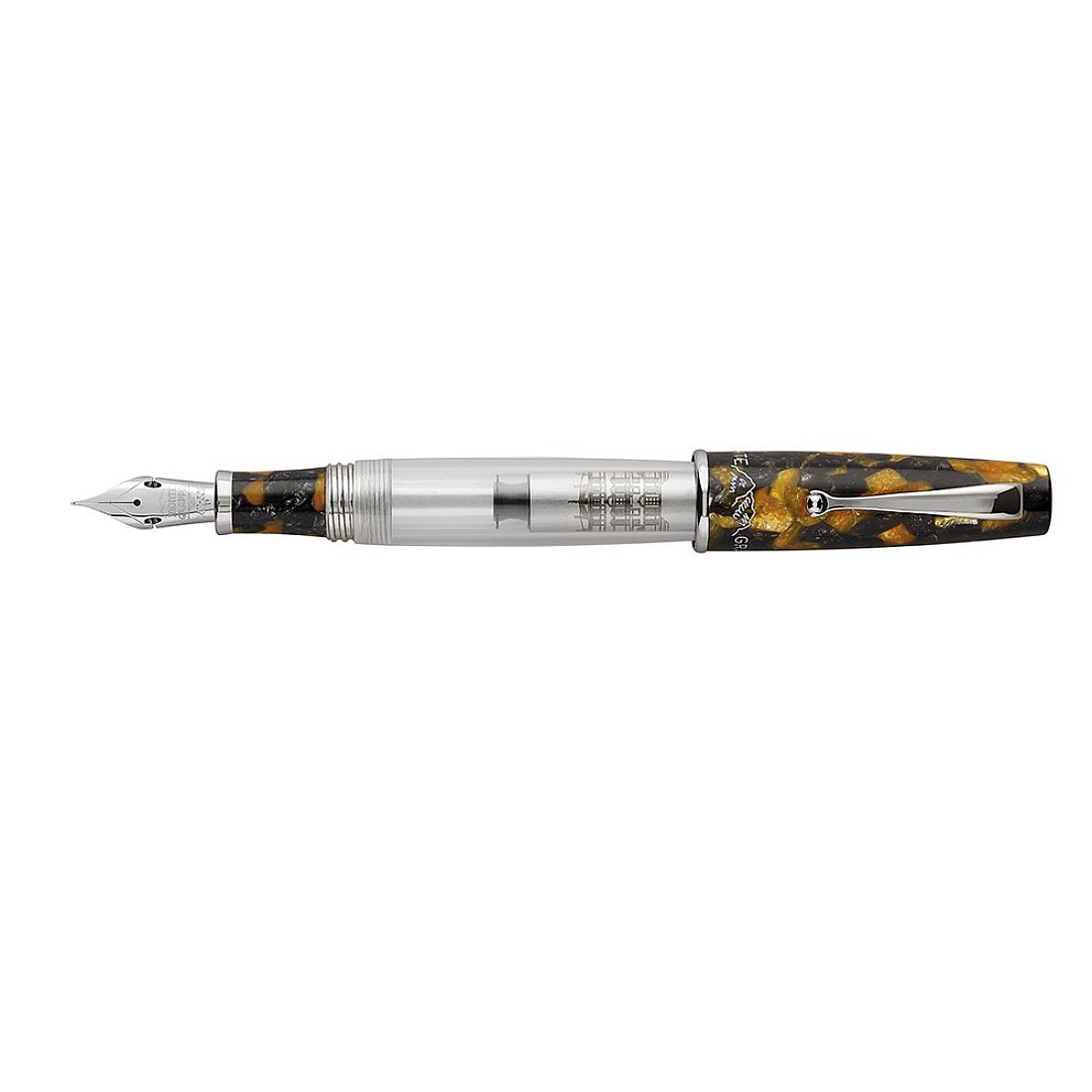 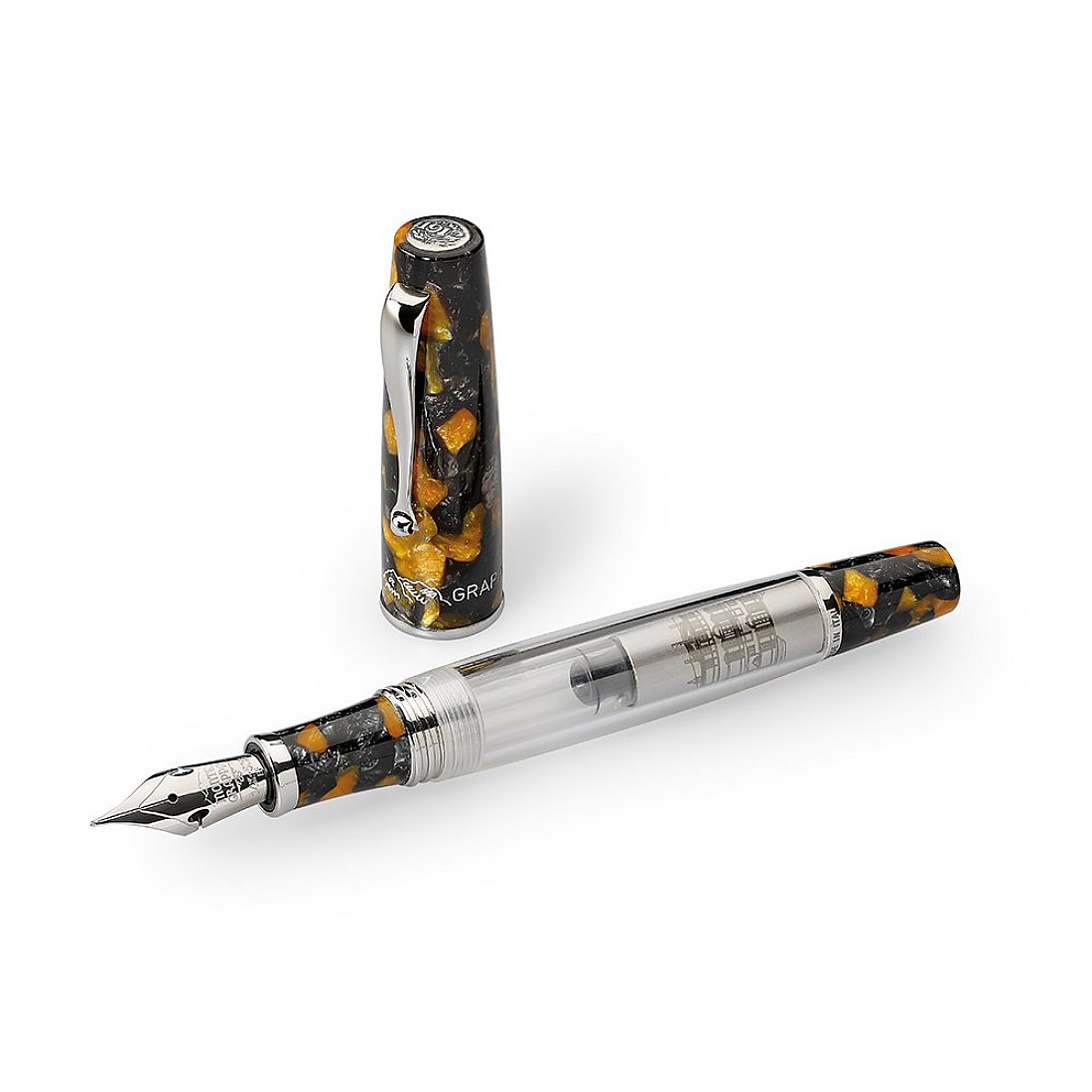 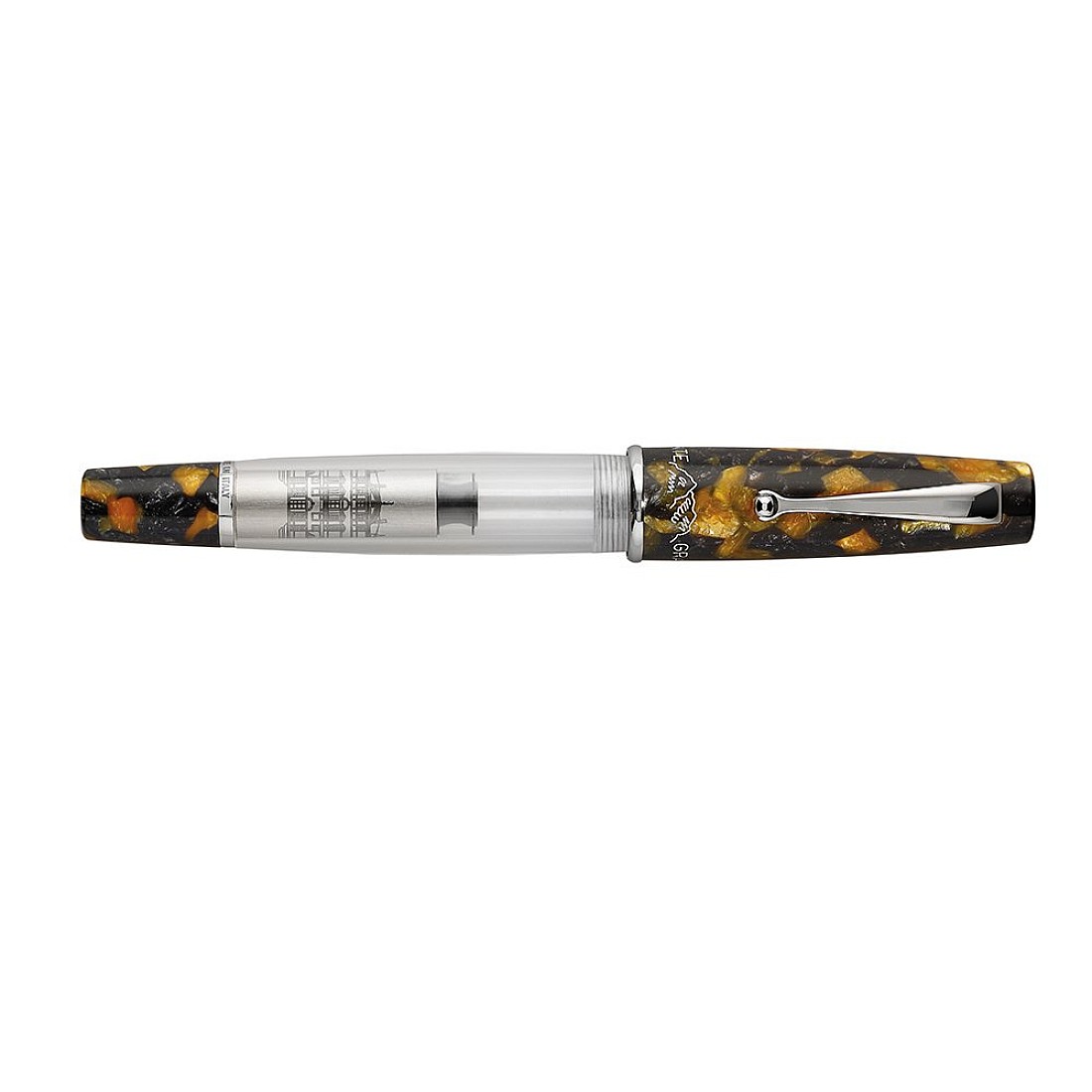 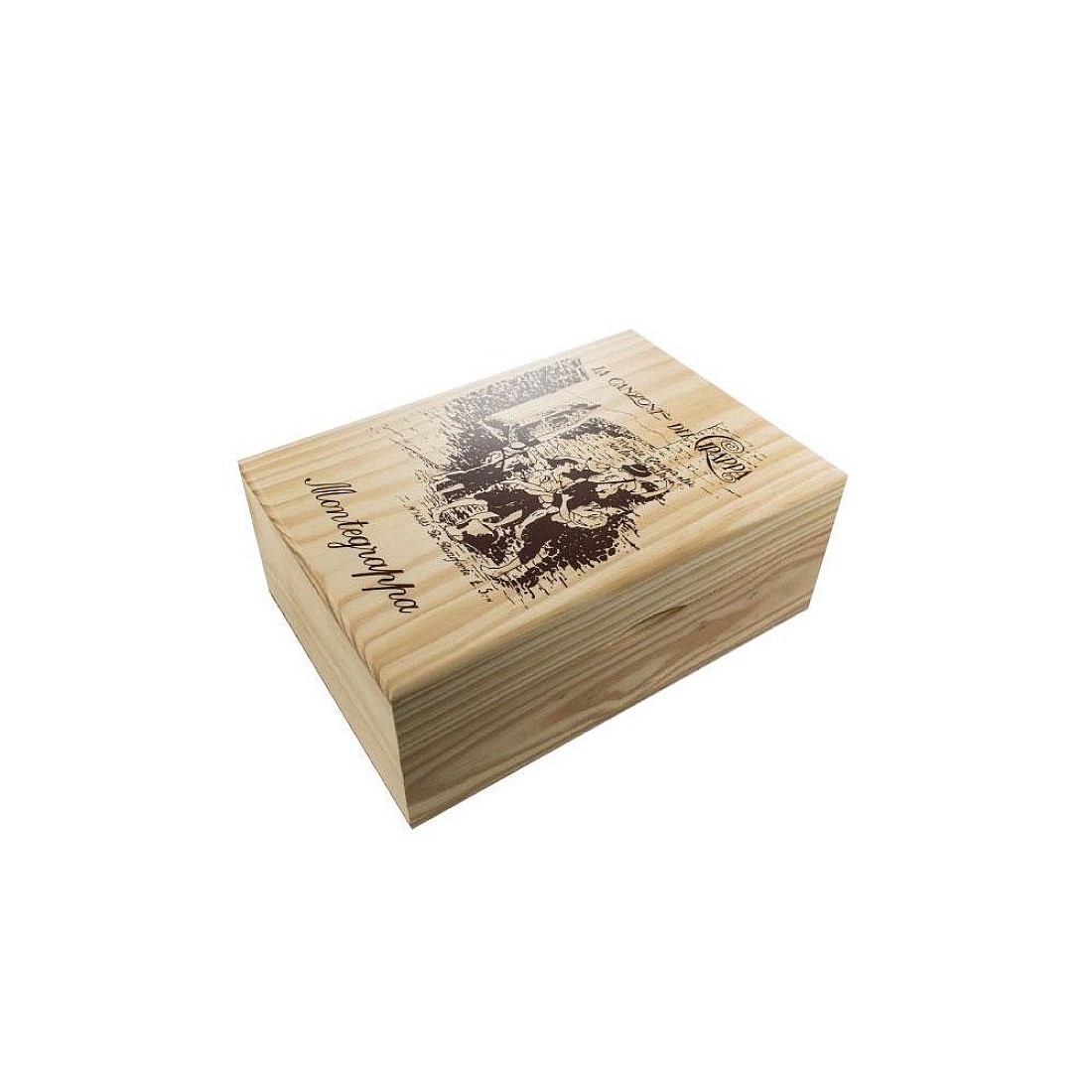 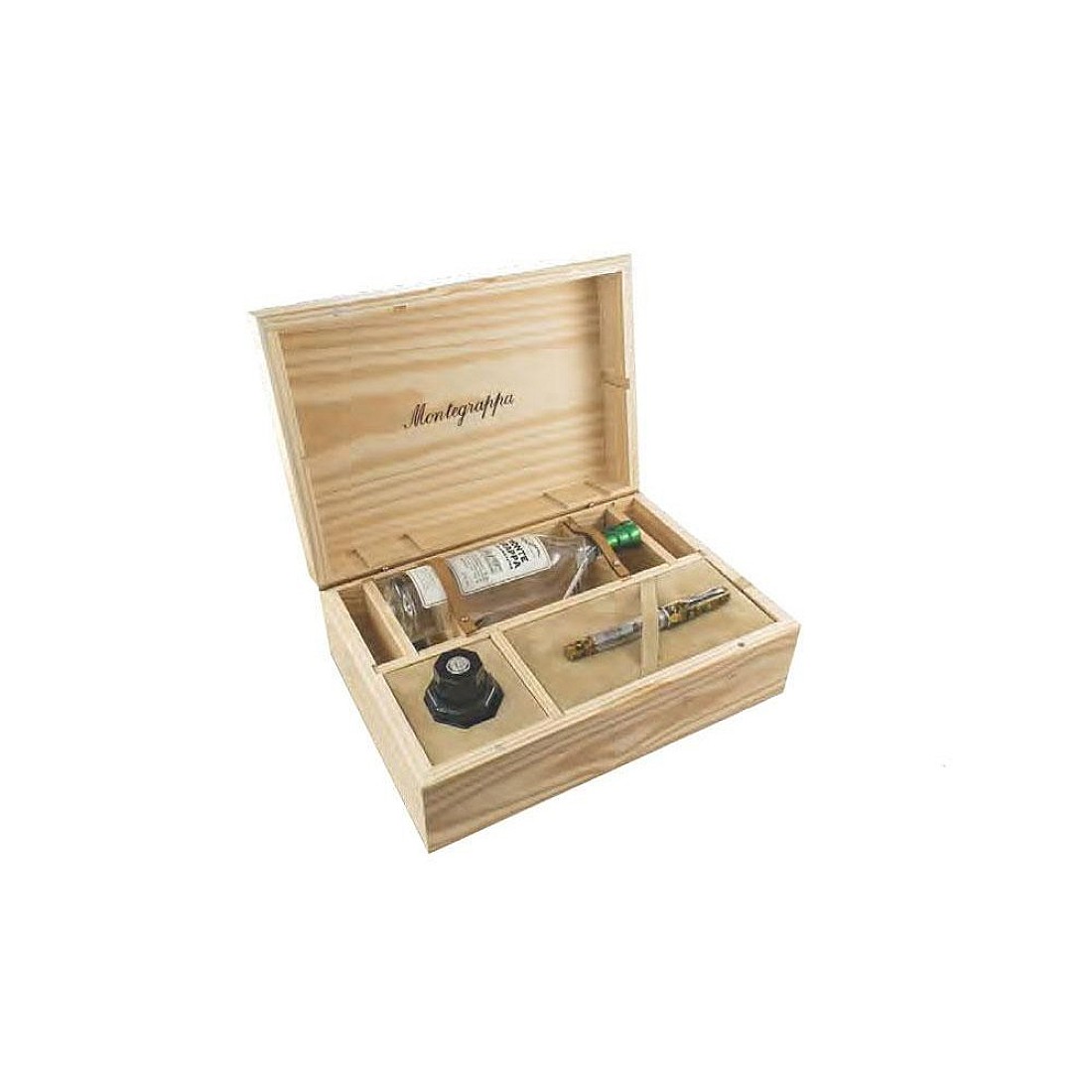 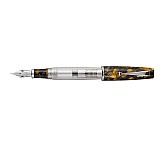 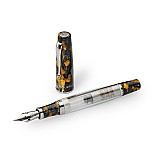 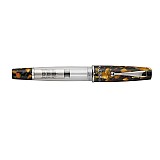 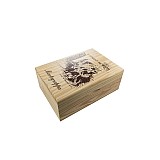 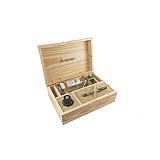 A century after it was written, in the aftermath of the First World War, “Monte Grappa Tu Sei La Mia Patria” commands deep respect throughout Italy – but especially the region that is home to Montegrappa. Three major battles were fought by the Fourth Army at Grappa: in November-December 1917, in June 1918 and the third and bloodiest, the final Italian offensive, in October 1918. Music composed by Army Capt. Antonio Meneghetti, on August 5, 1918 at Villa Dolfin di Rosà, for text prepared by General Emilio De Bono, Commander of the IX Corps. Its first words were written on the walls of a bombed house by Italian soldiers. On the morning of August 24, 1918, in front of Villa Dolfin in the presence of the king of Italy, Vittorio Emanuele III and the military authorities, the anthem was performed for the first time.

Montegrappa La Canzone del Grappa is a limited edition pen that commemorates this stirring, poignant hymn about the First World War and the Monte Grappa territory. Joining their skills are two celebrated brands, Montegrappa and Capovilla, respectively Italy’s most revered pen manufacturer and grappa distiller. Montegrappa’s own centennial speaks volumes of the resourceful richness and intrinsic excellence of the region, while Capovilla is a proudly local company, with arguably the finest artisanal quality liquors in the area. To honour 100 years of the song, the collaborative project employs an authentic wooden crate housing a bottle of grappa from Capovilla, alongside a limited edition pen from Montegrappa and a bottle of ink, all suitably decorated in the spirit of the hymn. The grappa accompanying the pen is a special vintage, made purposely to commemorate the 100 years of “Monte Grappa Tu Sei La Mia Patria”.

Montegrappa La Canzone del Grappa features a silhouette informed by recent Montegrappa designs, a voluptuous shape with cap and barrel end fashioned from vintage-looking marble resin, accented with stainless steel trim. The remainder of the barrel is transparent, revealing the piston-filler inside, suggesting many thoughts, just as grappa, like the fine wines from which it ascends, hints at numerous aromas and tastes. On top of the pen cap is the traditional 1912 logo, accompanied by the laser-cut historical Montegrappa logo on its body. The signature clip provides a sinuous movement when removed from or inserted into one’s pocket, abetted by the rotating-sphere in which it terminates, a hallmark of the brand. Uniquely, the metal construction of the piston inside the pen boasts a finely-detailed, laser-cut engraving of Villa Dolfin Boldù – the historical headquarters of the Capovilla distilling company.

Italy's first pen producer, Montegrappa, began manufacturing pens in 1912 in its factory in Bassano del Grappa in Italy. Utilizing natural celluloid and precious metals,Montegrappa combines traditional methods such as die-casting with more recent innovations as low-relief engraving to form their precious art objects. Whether Montegrappa use colors reminiscent of the master painters or ornamentation suggestive of Baroque palaces, the Italian heritage and romance is infused into each product.