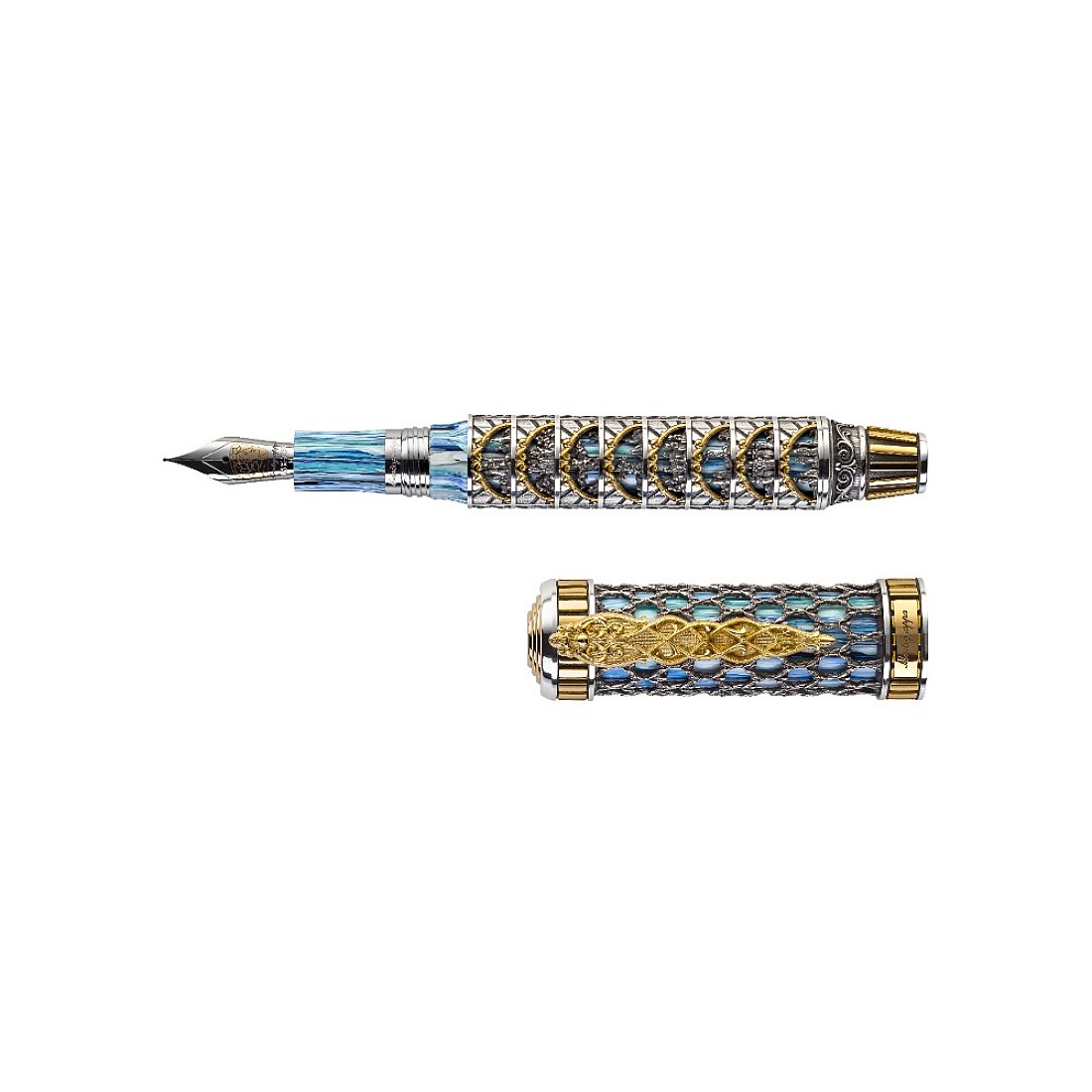 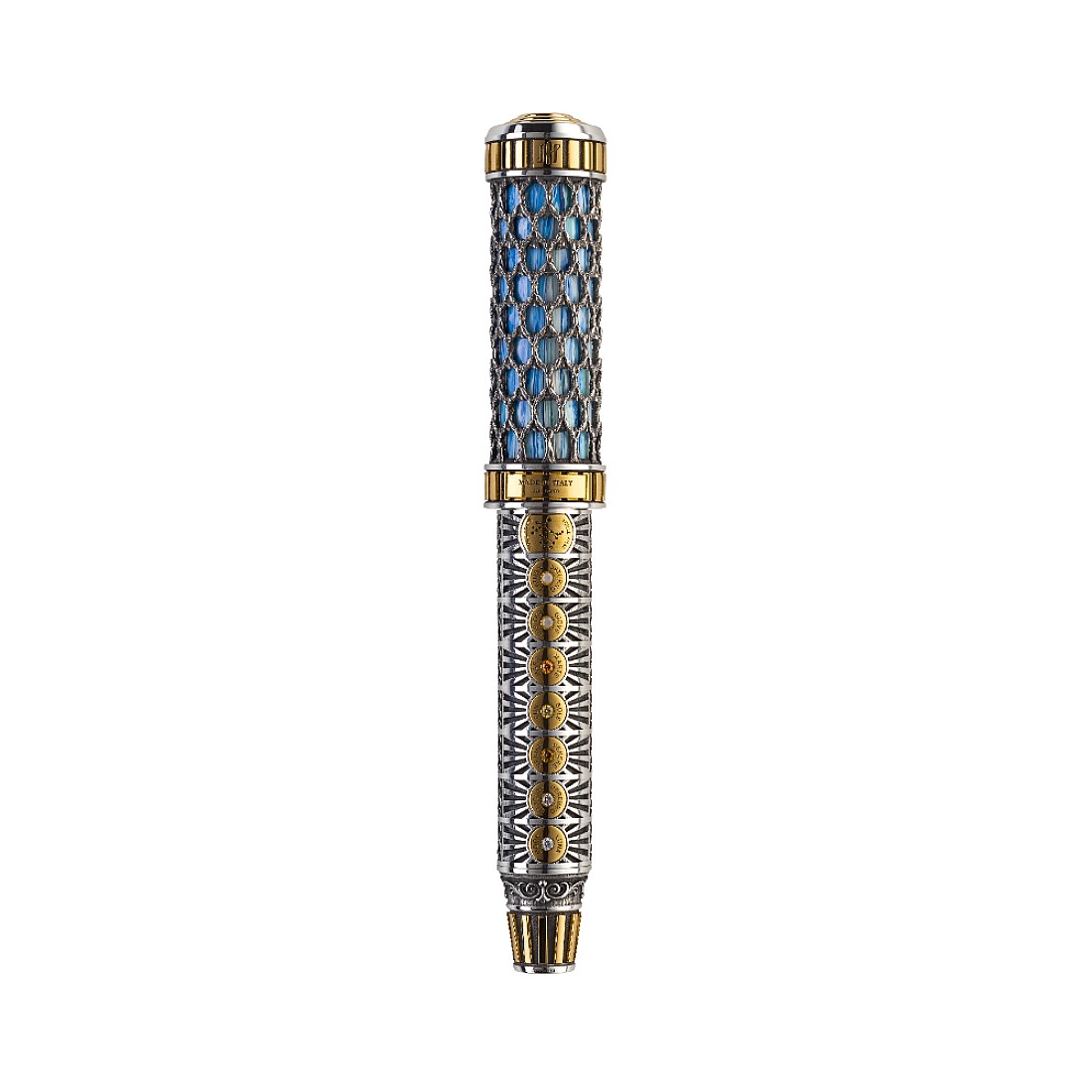 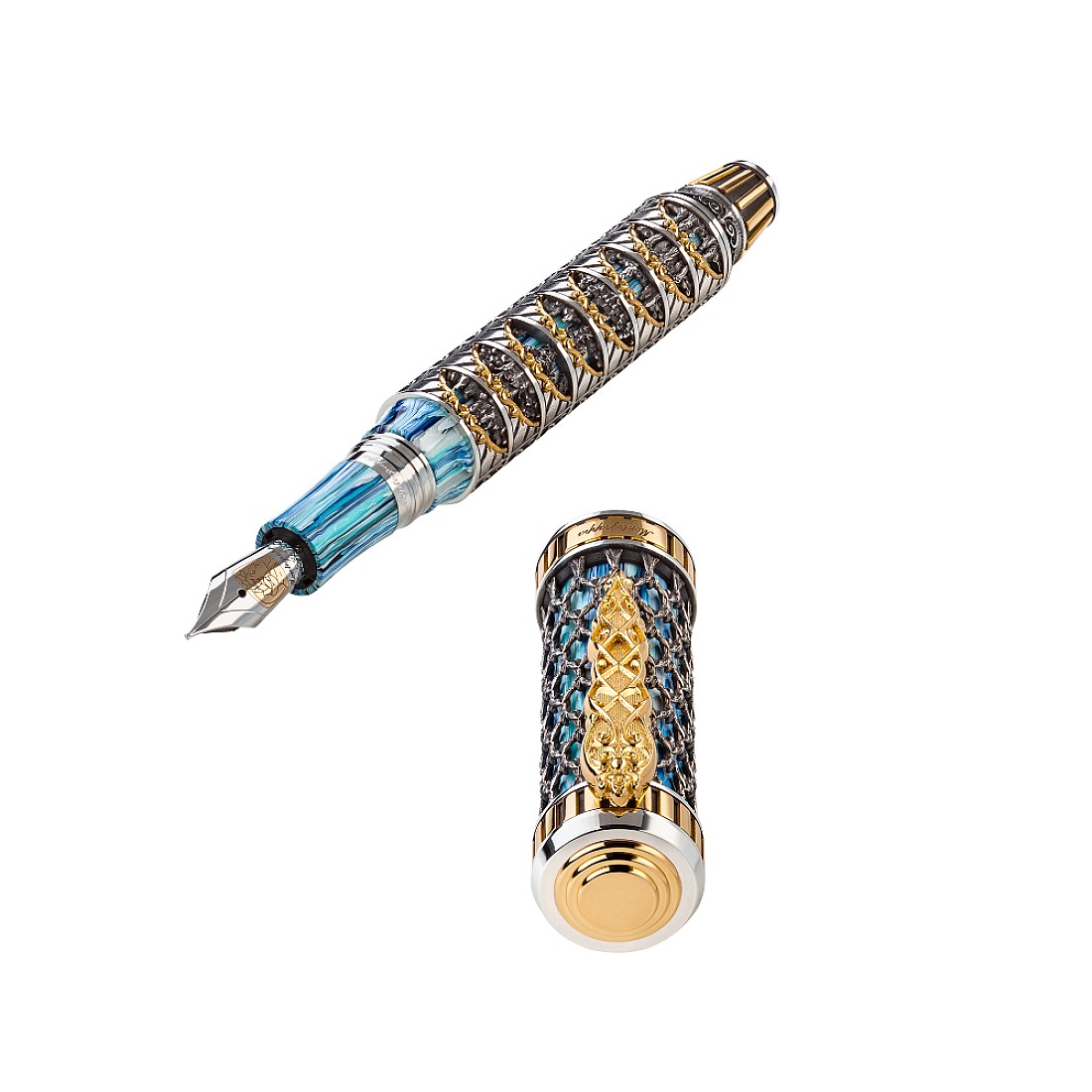 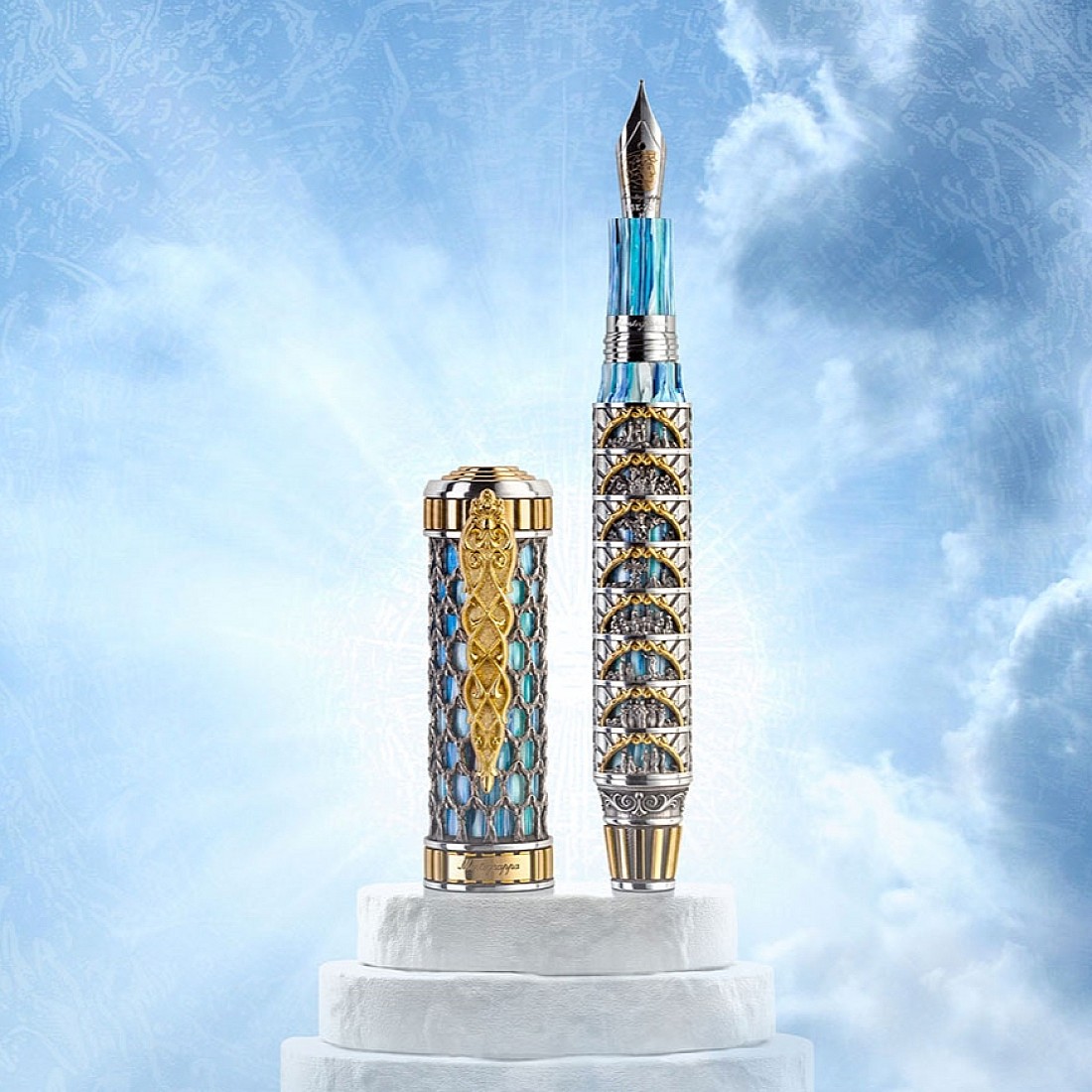 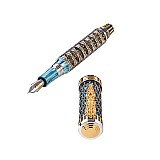 Montegrappa salutes Dante Alighieri – writer of the Divine Comedy and father of the Italian language. Seven centuries after his death, Dante’s words still bedazzle all who read them. Now, ethereal handcraft honours the glory of his final book in precious metals. Welcome to Paradiso.

Dante Alighieri: Paradiso continues the fine tradition of preceding editions, interpreting the style and content of Dante’s epic tale. Each is a microcosm of his ascent through the spiritual realm. Coloured stones and intricate castings trace Dante’s ascent through nine celestial spheres, as he leaves the earthly sins of Inferno and Purgatorio behind. Interlocking orders of angels soar above a sky-blue Montegrappite core, rising towards the eternal light. Three shining discs represent the culmination of the poet’s journey, and his breathtaking use of the trinity as a literary device.

Whoever sees that Light is soon made such
that it would be impossible for him
to set that Light aside for other sight
- Paradiso (1320), Dante Alighieri

Handmade by Italy's oldest pen manufactory, Dante Alighieri: Paradiso cannot be unseen. This dedication to the final volume in the Divina Commedia series celebrates Dante’s virtuoso talent, sparing no effort to realise the splendour of his vision. Montegrappa’s Dante Alighieri: Paradiso is the third in a trilogy of Divina Commedia editions: a Montegrappa Collector Series inspired by the three-book structure of Dante’s masterpiece.

Available in a limited edition of 333 rollerballs and fountain pens.

A special presentation case is inspired by a leatherbound edition of Dante’s classic, with each writing instrument secured in place by the writer’s foreboding words “Lasciate ogne speranza voi ch’intrate” (Abandon all hope, ye who enter here).

Dante Alighieri (1265-1321) was a poet and political figure, whose 1302 exile from Florence and subsequent travels inspired his famous tale of a pilgrim’s journey to God. Dante Alighieri: Inferno is the first in a trinity of writing instruments in Divina Commedia: a Montegrappa Collector Series based on the three canticle structure of Dante’s masterpiece. Inferno is the first canticle from the Divine Comedy – Dante Alighieri’s epic 14.233-line narrative poem. His story of love, sin and redemption is widely celebrated as a literary classic and is recognised as a foundation stone in the propagation of modern Italian.