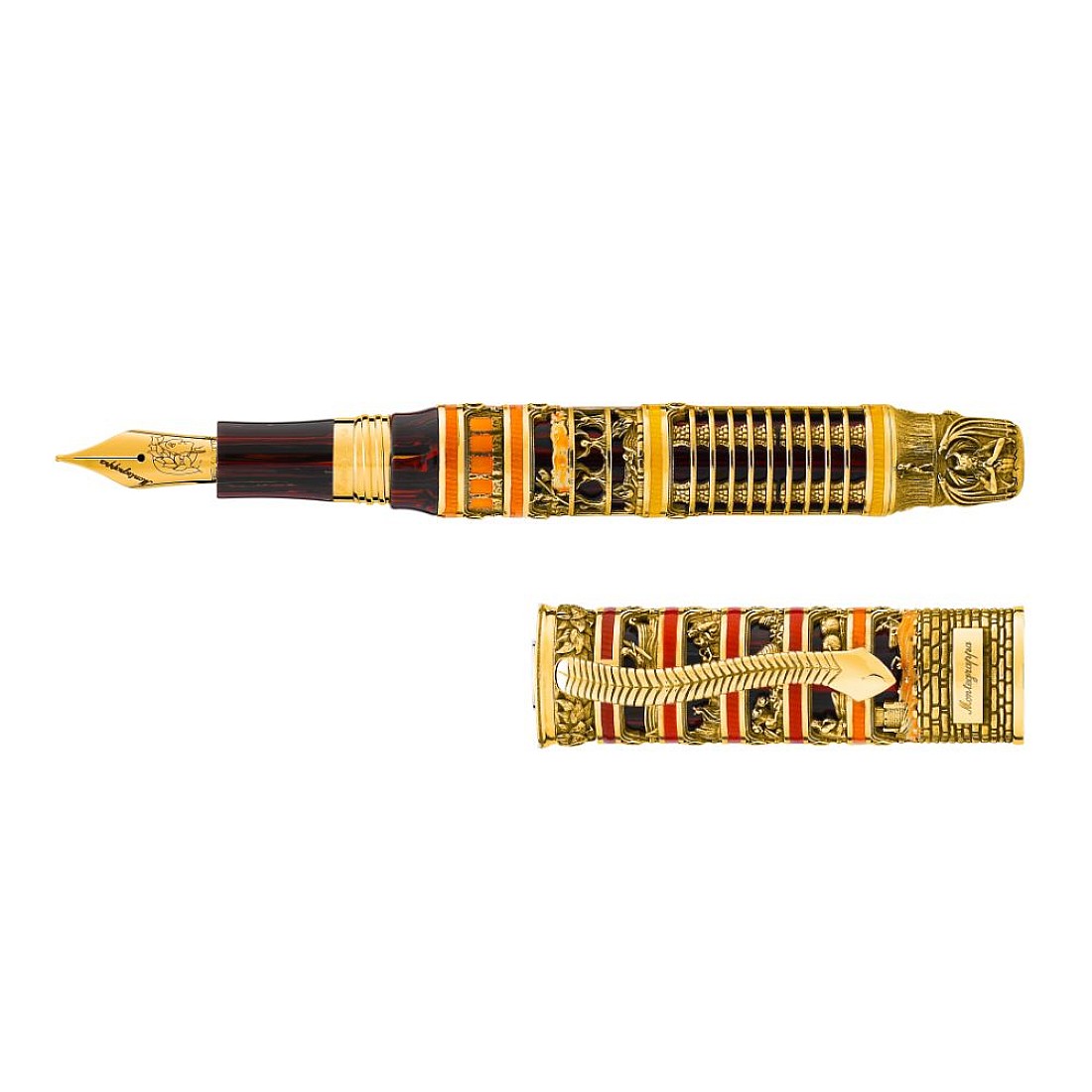 Montegrappa honours Dante Alighieri – writer of The Divine Comedy and father of the Italian language. 700 years after his death, Dante’s virtuosity continues to dazzle readers and historians alike, with few works more fabled than his terrifying Inferno. The Dante Alighieri: Inferno is handcrafted from precious metals and a special ‘magma’ batch of Montegrappite artisanal resin.

Heavenly writing performance meets high-precision micro-sculpting in a work that brings the supreme poet’s dark vision to life in your hand. From blind cap to top disc, every intricate element of Dante Alighieri: Inferno recounts Dante’s voyage from the mysterious forest to the icy bowels of hell. Lucifer’s pointed tail protrudes from the cap to form a pocket-clip of demonic intent. Lost-wax casting reconstructs Dante’s nine circles of hell with meticulous detail. Beneath Limbo and the river of Acheron, every miniature chasm examines sins of increasing severity: Lust, Gluttony, Greed, and Wrath on the cap; Heresy, Violence, Fraud and Treachery on the barrel.

Fountain pen and rollerball users are catered for with numbered limited editions of sterling silver (333 copies of each) and 18K gold (9 of each). Both tiers observe Dante’s rigorous use of the number three as a thematic, lyrical and structural device.

A special presentation case is inspired by a leatherbound edition of Dante’s classic, with each writing instrument secured in place by the writer’s foreboding words “Lasciate ogne speranza voi ch’intrate” (Abandon all hope, ye who enter here).

Dante Alighieri (1265-1321) was a poet and political figure, whose 1302 exile from Florence and subsequent travels inspired his famous tale of a pilgrim’s journey to God. Dante Alighieri: Inferno is the first in a trinity of writing instruments in Divina Commedia: a Montegrappa Collector Series based on the three canticle structure of Dante’s masterpiece. Inferno is the first canticle from the Divine Comedy – Dante Alighieri’s epic 14,233-line narrative poem. His story of love, sin and redemption is widely celebrated as a literary classic and is recognised as a foundation stone in the propagation of modern Italian.