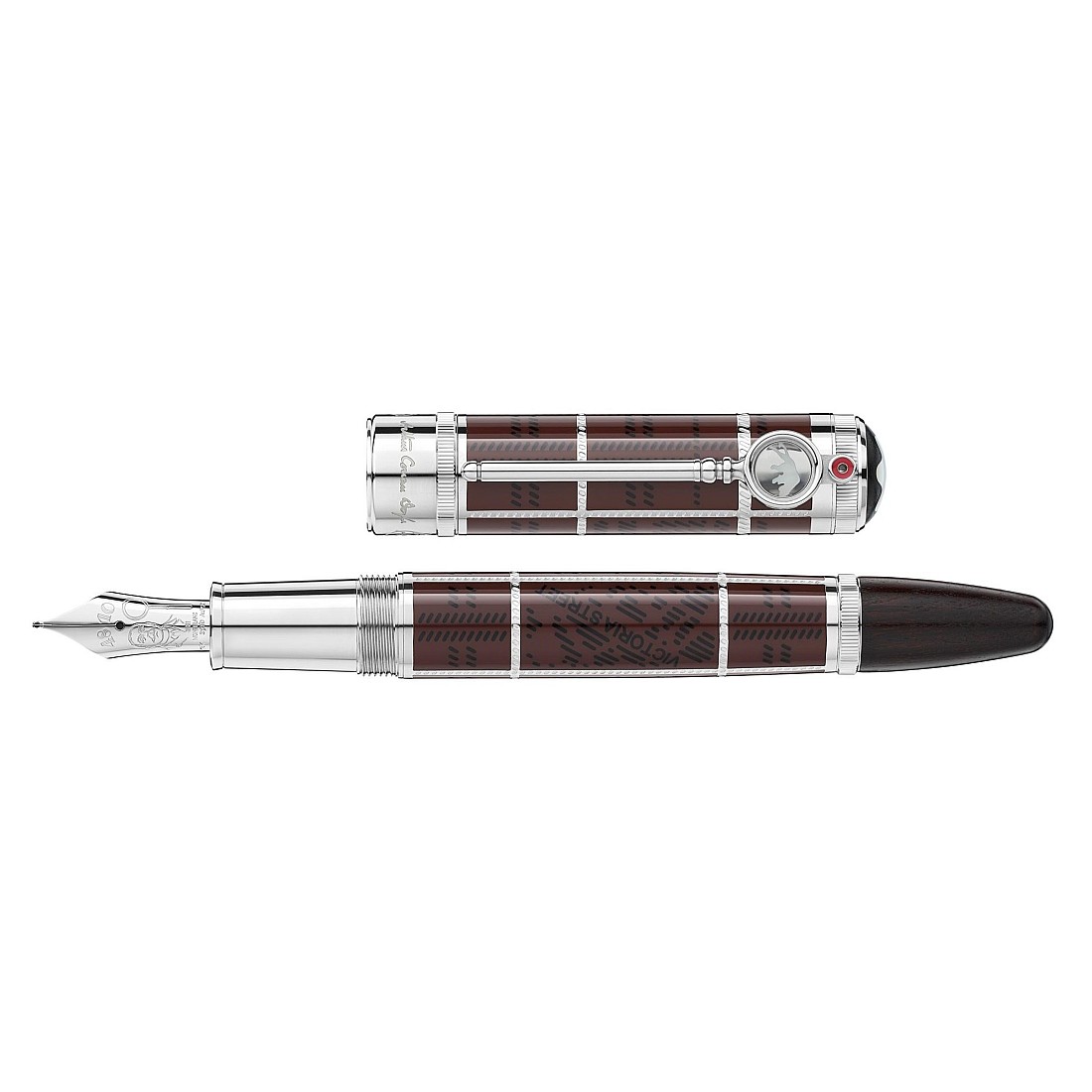 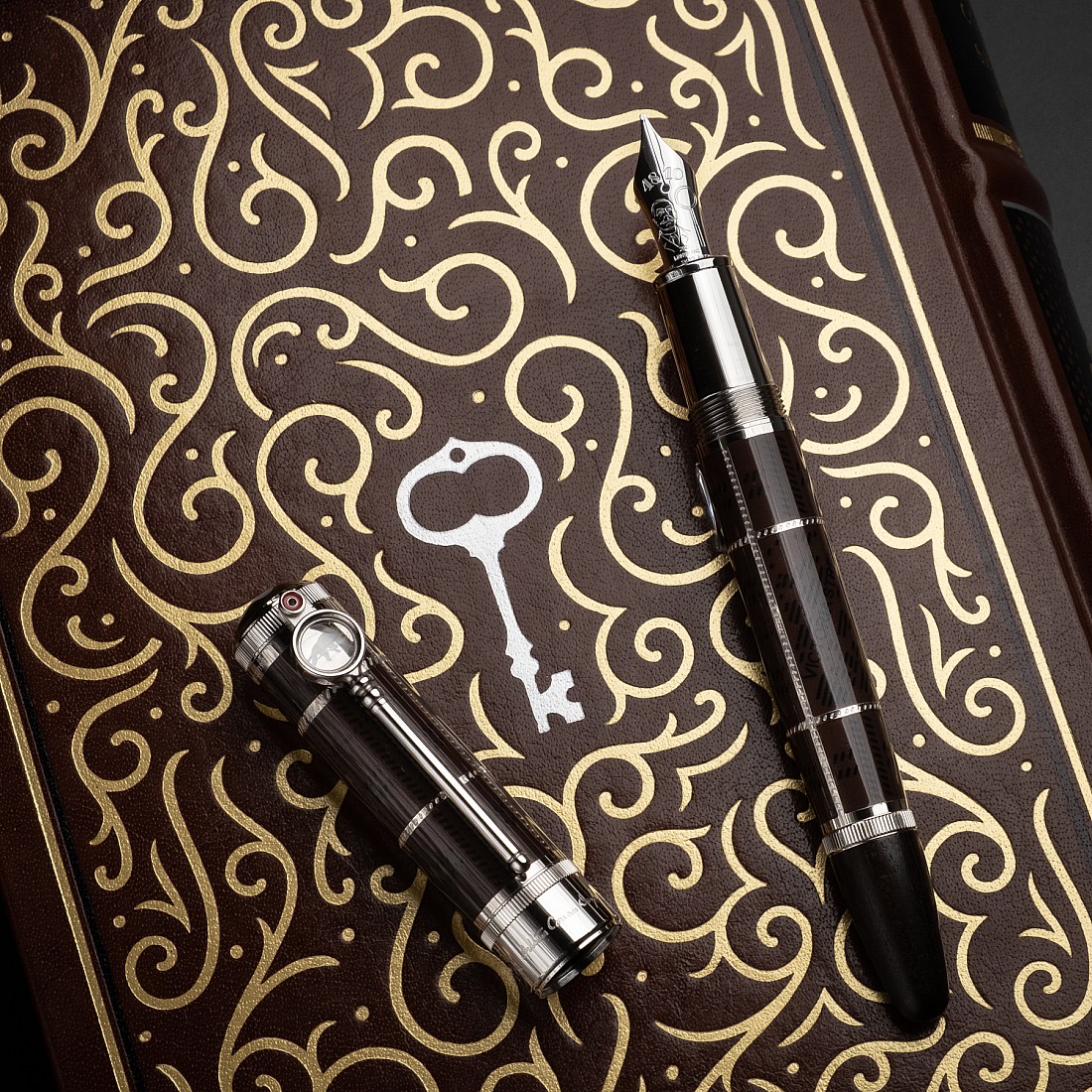 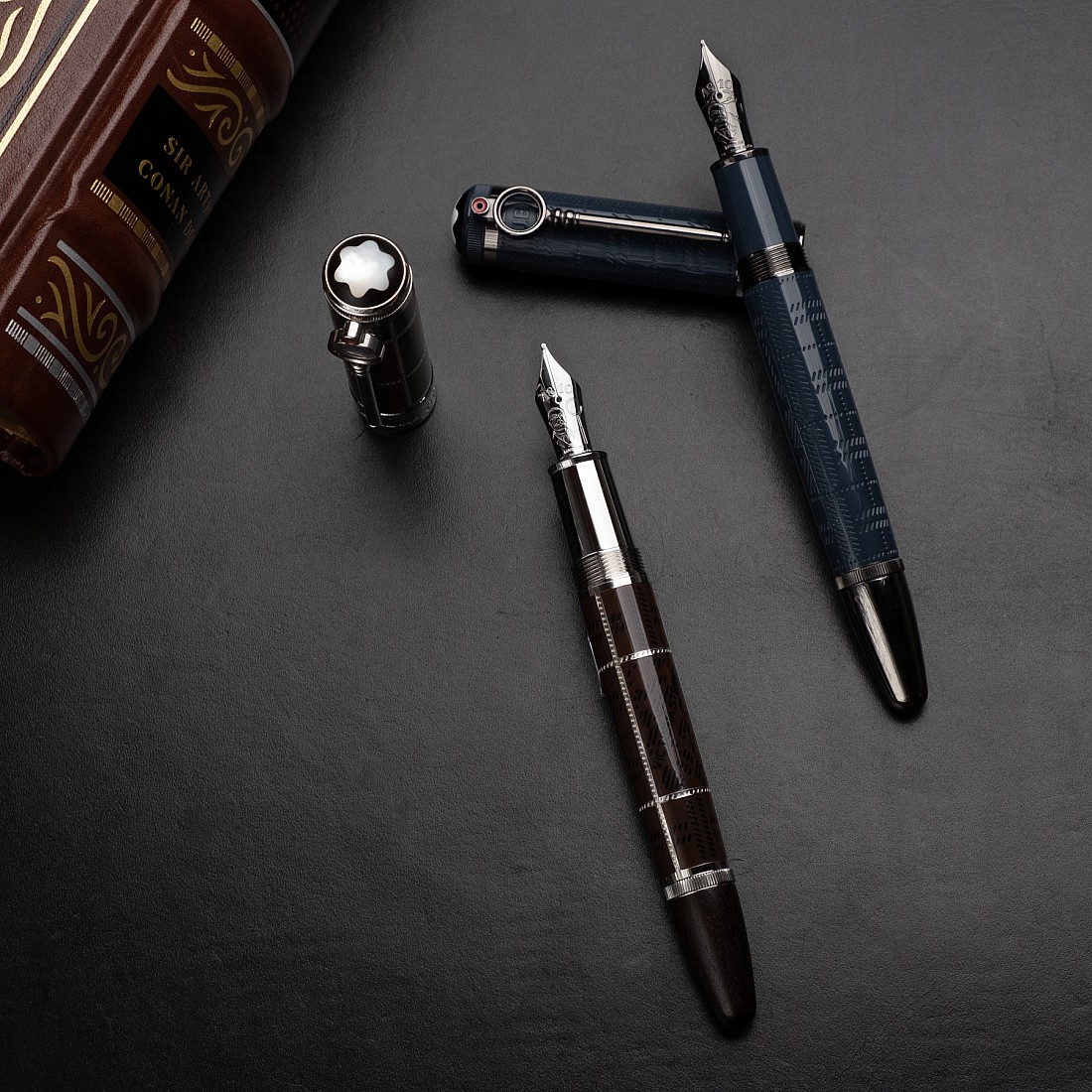 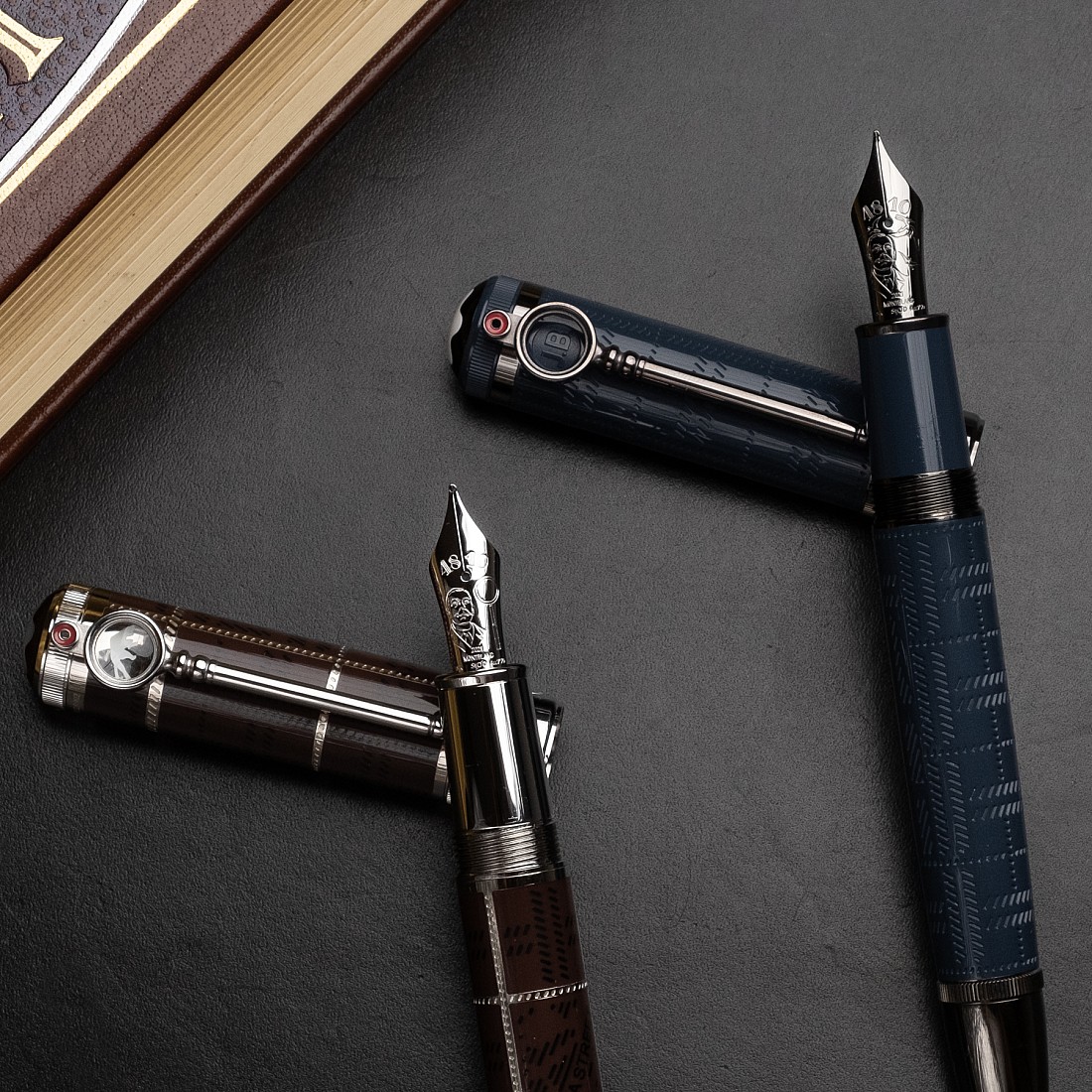 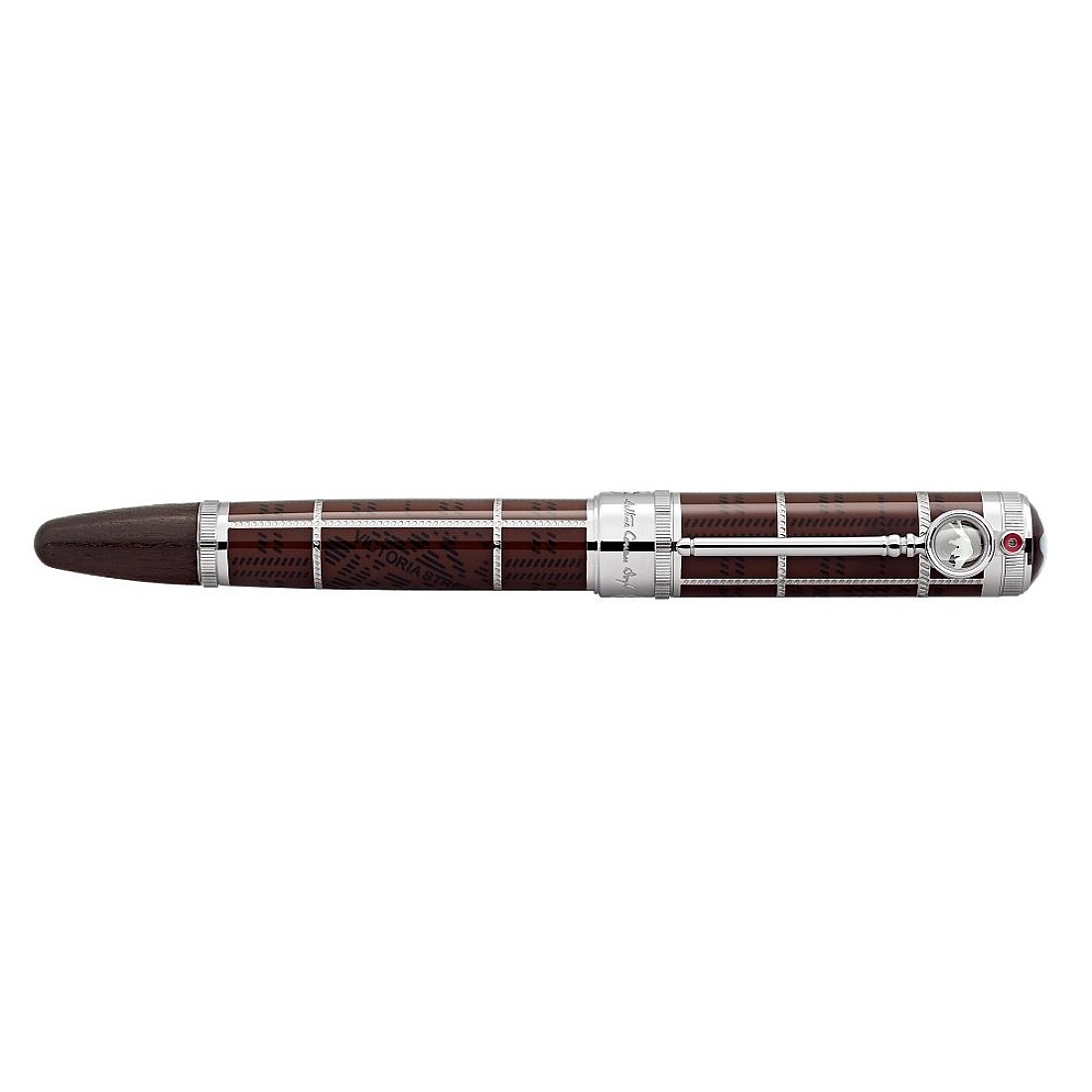 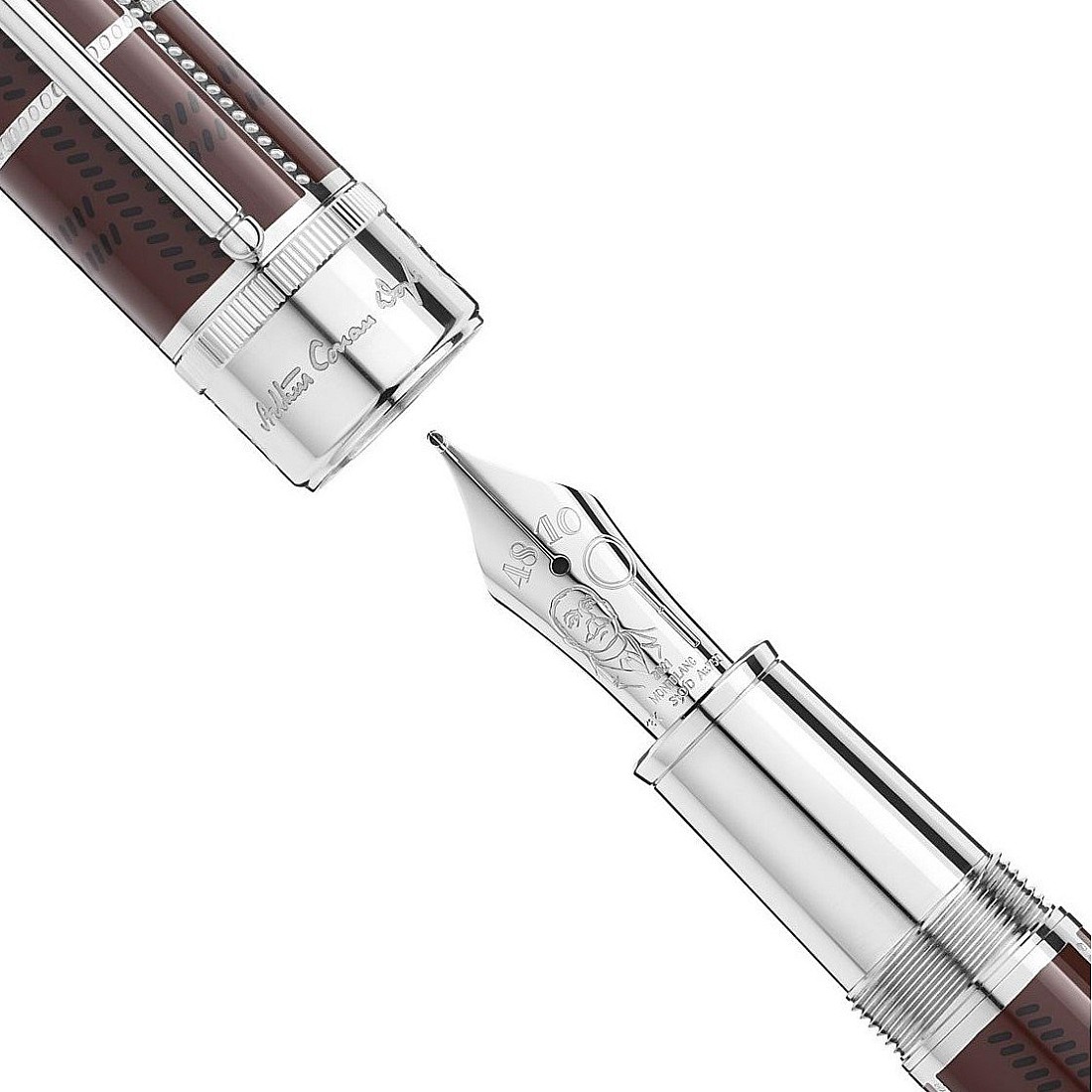 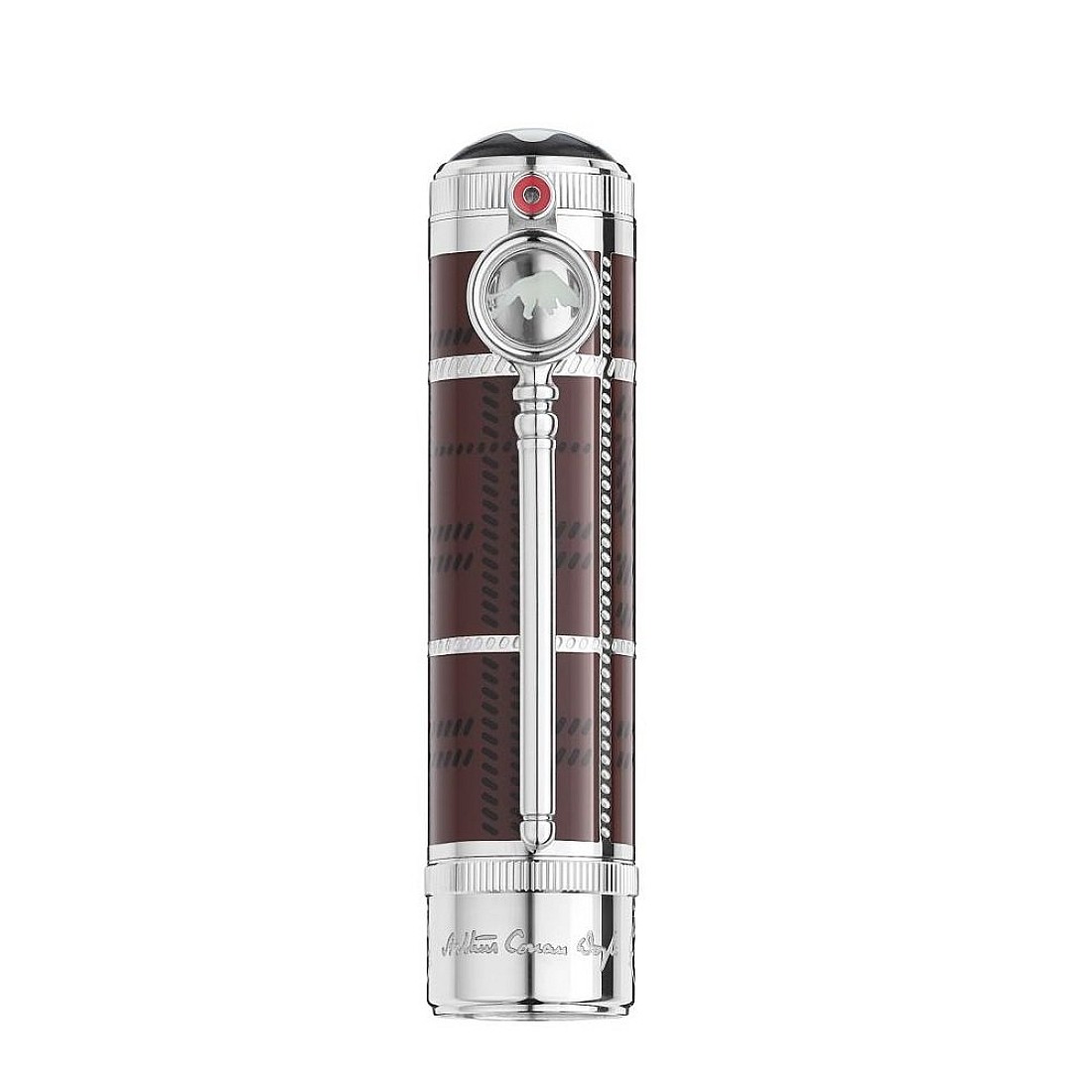 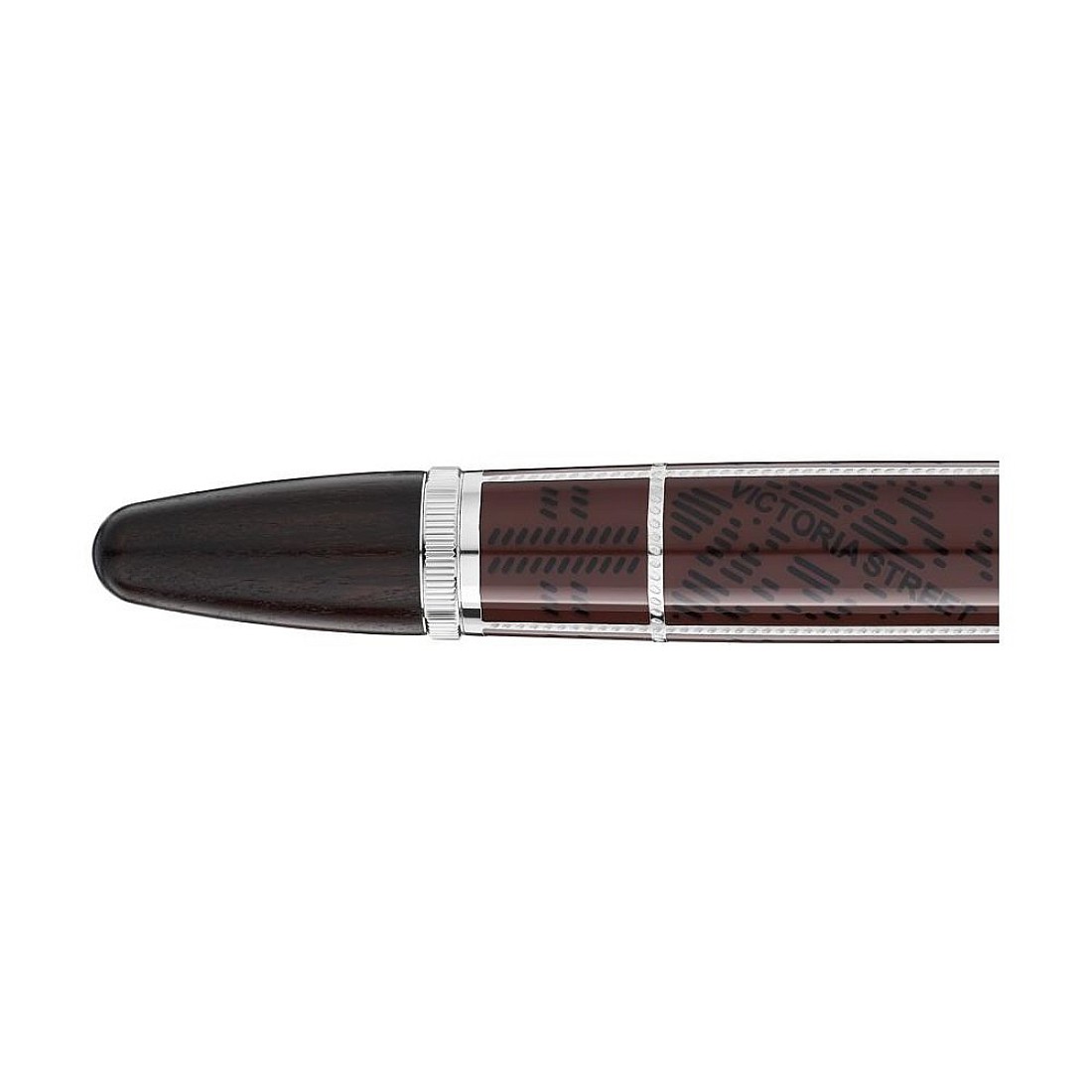 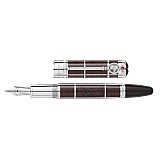 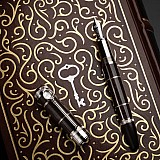 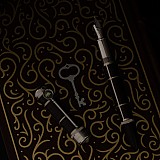 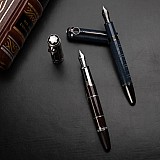 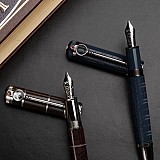 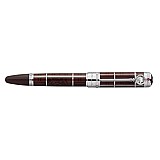 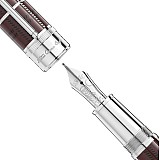 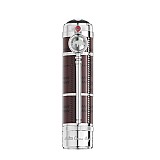 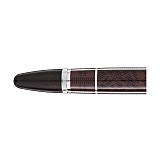 The 2021 Montblanc Writers Edition Sir Arthur Conan Doyle Limited Edition 1902 is dedicated to one of the most renowned crime novelists and creator of the famous consulting detective Sherlock Holmes. The number 1902 refers to the year The Hound of the Baskervilles was published, which is also the year the author received his knighthood.

The 1902 Limited Edition version is inspired by Sherlock Holmes’ pipe. The precious resin is dark brown, and the end of the pen is made of wood. The mother of pearl Montblanc logo also sits in a finial of hornbeam wood. The metal parts of the pen are platinum coated.

The cap and barrel of this edition are decorated with a plaid pattern in reference to Holmes’ coat, as well as parts of a historic London city map. The cap ring has the author’s signature, the swirl logo from the very first edition of the Sherlock Holmes story ‘A Study in Scarlet’ and a reference to the opening of Doyle’s London-based Psychic Bookshop. The clip is shaped like a magnifying glass, revealing a hound, as featured in The Hound of the Baskervilles. At the top an ophthalmoscope is visible, a reference to Doyle’s medical background.

The handcrafted 18 kt solid gold nib is engraved with a portrait of Sir Arthur Conan Doyle and a magnifying glass, a symbol often used to represent writers of mystery novels. 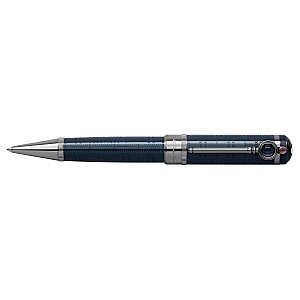 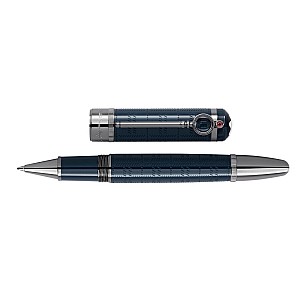 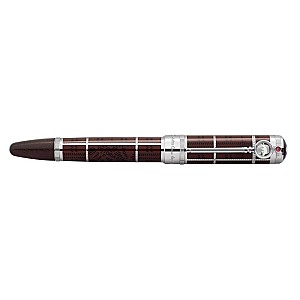