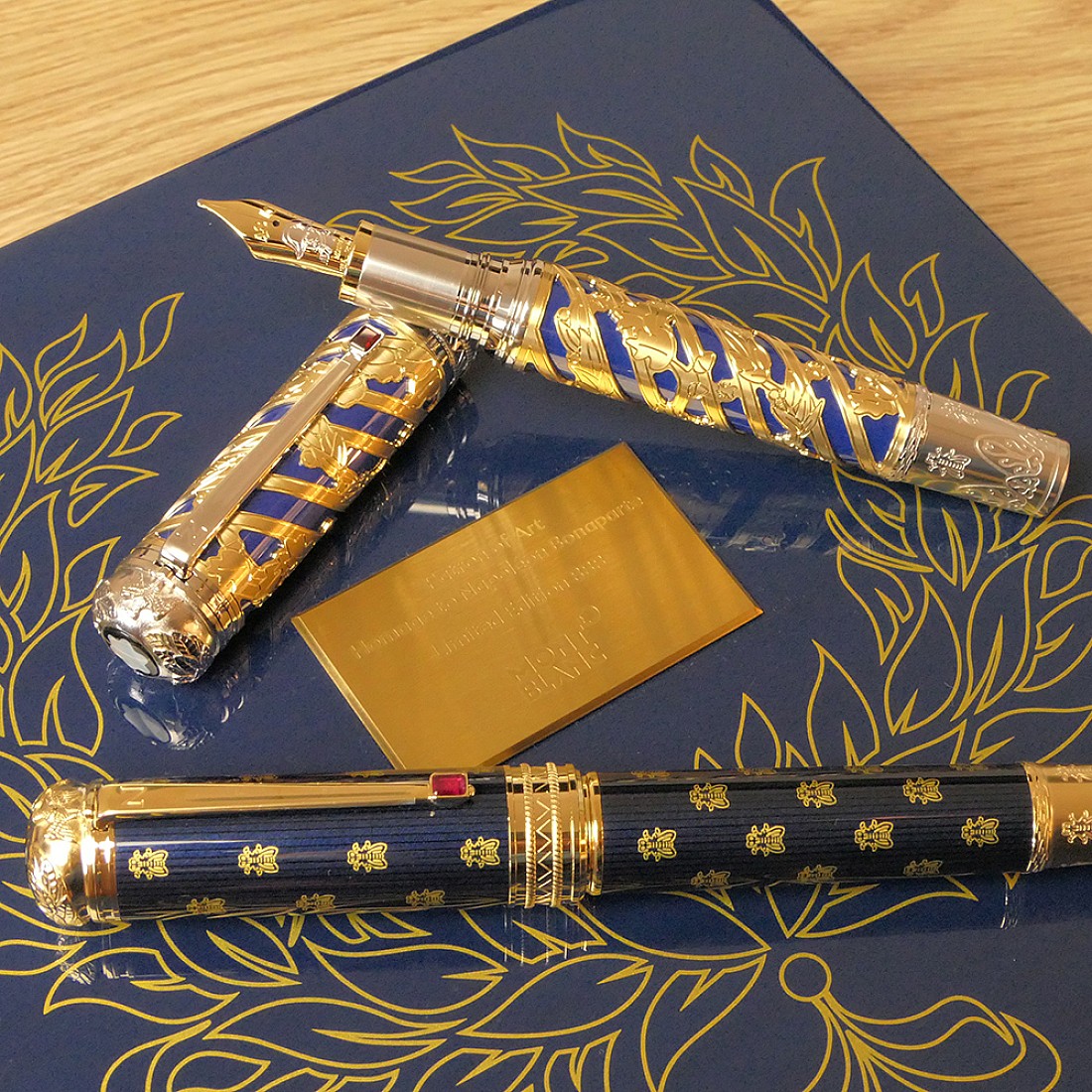 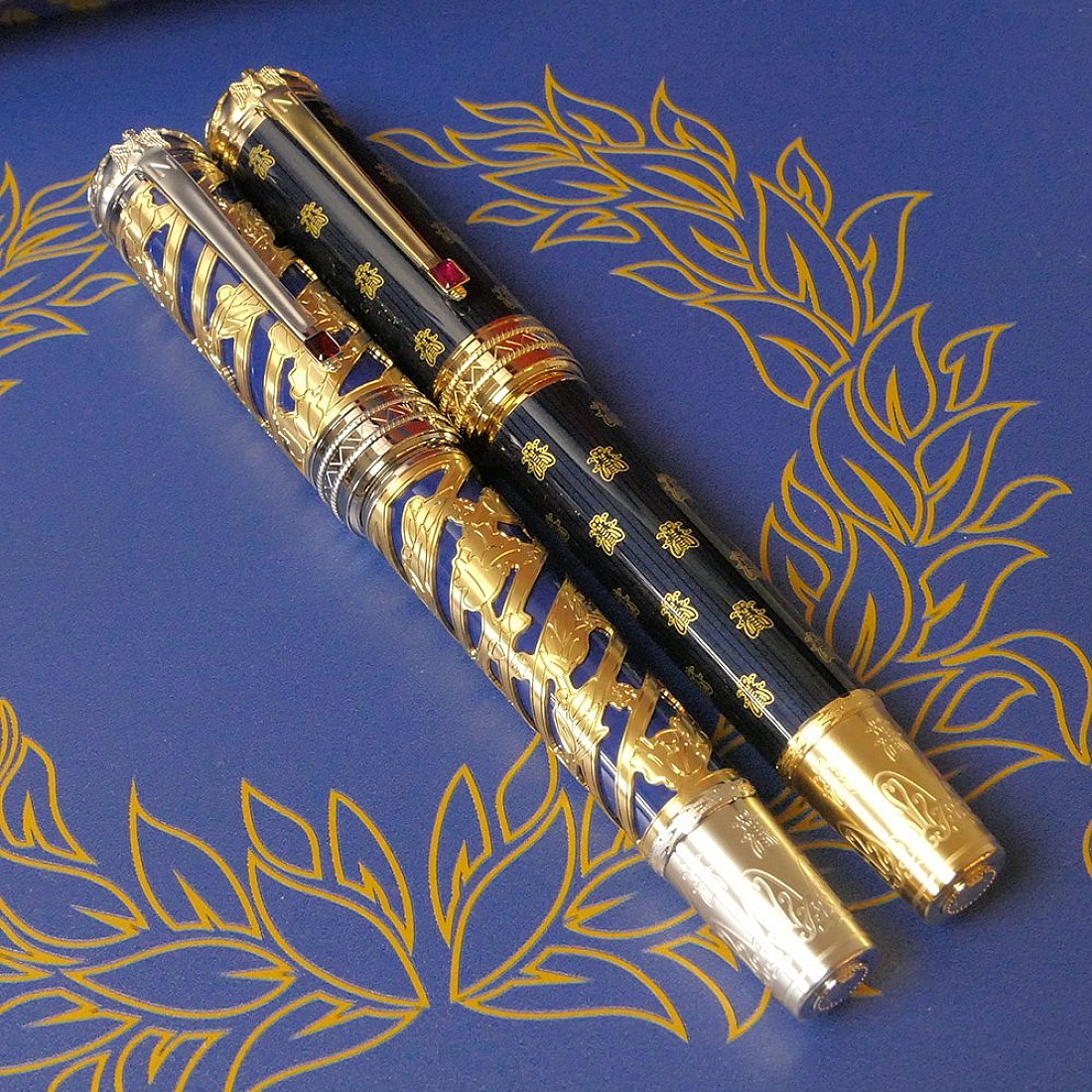 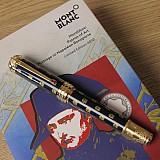 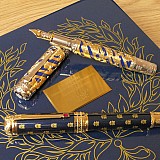 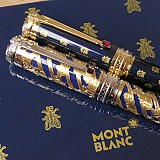 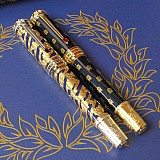 The Montblanc Patron of Art Homage to Napoléon Bonaparte is dedicated to a figure in history whose life had a far-reaching impact.

Napoléon is mainly remembered for his military achievements, but he was a true patron of the arts. His glory lives on in the great ‘architecture parlante’ style of the famous Parisian structures built during his reign. In addition to architecture, other arts such as painting, sculpture and the decorative arts also blossomed under his leadership.
The overall design of the pen is inspired by the neoclassic style. The pattern of golden bees on dark blue lacquer is inspired by Napoléon’s throne in Fontainebleau, and the sword-shaped clip bears the Napoléonic “N”. The engravings on the cap top – a laurel wreath, imperial crown and an eagle – refer to Napoléon’s coronation insignia. The clip end is decorated with a red stone recalling the coronation ring of Napoleon’s wife Joséphine.The cap is crowned by the Montblanc Emblem in precious resin.

In homage to Napoléon Bonaparte, the handcrafted 18kt solid gold nib bears a portrait of Napoléon with the typical bicorn.

Restricted to 4810 pieces, representing the height of the Mont Blanc mountain in metres, the Patron of Art Limited Edition 4810 fountain pen is now available.

The ink bottles of Montblanc are available in our webstore.

In 1992, Montblanc started the foundation "D'enterprise Montblanc de la Culture" to support and protect the contemporary arts. Montblanc annually creates a strictly limited edition fountain pen whose design is in the style of a patron of art whose name bears relation. The name Montblanc has always been associated with precious gifts and keepsakes that reflect the pinnacle of artisanal prowess and traditional craftsmanship.